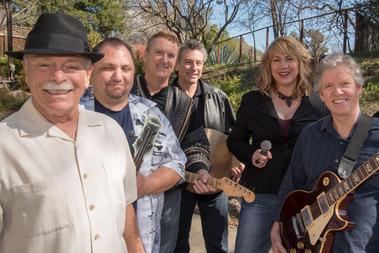 ​Roger started playing guitar in high school. He had played in several bay area bands during what has turned into a very lengthy musical career. He joined the Delta Dogs back in the glory days of playing the Roundup on Thursday nights. When not playing with the Delta Dogs, Roger hosts a very popular open mic in the south bay.

Don first starting performing music (bluegrass) on bango in the streets of Montreal during college.
He played on college radio and at street fairs like the St Laurent Street Festival, and folk venues such as  the Yellow Door Coffee House.
A native of Toronto, he later returned to Ontario and did some community TV with a local folk group, Shanty.
The change came when he bought his first Fender electric guitar; Don realized his love for blues, rock, R&B, and Rock-a-billy.
After moving to Northern California he spent some time studying with Bay Area blues legend Johnny Nitro.
A long time fan of Creedence Clearwater Revival it was happenstance that connected Don with Josh Fogerty (John's son)
and the Delta Dogs.  It's all good, Rock-on friends

Josh has played in several groups over the years.  He has ventured into other styles of music (Bluegrass / Metal but not at the same time...yet?)  He usually finds his way back to Rock n' Roll and Blues bands.

Armand has been in blues and rock and roll bands for more than 50 years; starting getting together with groups in the 60's, then moved to Oakland Ca and discovered a vibrant music scene developing. He has since been playing in the SF bay area as it has evolved, joining the Delta Dogs in 2007.

The Delta Dogs
View on Mobile